Trip Bit
HomeTravelThe Beauteous White City that You Can Visit—Merida in Mexico!
Travel

If you love the colour white, then there can be no city as white as Merida, which you will love. Merida is also called the “white city,” and its white stone buildings in Paseo Montejo, which is the capital city of the Yucatan state, are something you will definitely appreciate and love. Besides all of that, Merida is also known for its rich Mayan history and its lively cosmopolitan culture, which is contemporary. In the past few years, Merida has become a very well-known city for foreign travellers, especially those who are travelling from Mexico. Due to the huge peninsula in the southern region of Mexico, Merida is actually located around 50 miles north of the nation’s capital.

Although people in Mexico City discuss travelling to the Merida which is in the south, it is difficult to get lost in the city itself. The city is organised in a grid with even-numbered streets running north-south and odd-numbered streets running east-west. Since Merida is the state’s capital, it is a house for political, economic, and cultural activities, and it is one such city that is very well connected by land and air to the other parts of the country and region. Besides all of that, the city has a lot of buzz and charm, and it also creates diversity. Merida is multi-cultural and traditional, but it retains a strong Mayan influence. Apart from all of that, the city is a great base from which one can explore regions like that of Chichen Itza and also Uxmal.

One of the best archaeological sites that you can visit in Merida are Chichen Itza, Uxmal, and Ruta Puuc. Plus, you can also get good hotels and amenities here that will suit your budget, taste, and style. Merida is a happening city where something or other always happens, like festivals, concerts, celebrations, parades, etc. The streets are laid out in a grid format, and you can walk on the streets until you reach the main attractions, or you can take a cab to the heart of the city and see the sights.

Meridians from the past

If you check the history, you will know that the wealthy inhabitants of Merida were the land barons, and you can see the scale of their wealth in the form of Paseo Montejo, a road that was inspired by the Paseo de la Reforma in Mexico City. Besides that, it is also host to opulent, large white stone mansions. At present, these old mansions are mainly used as museums, public buildings, and corporate offices. Merida’s present wealth is created around the assembly plants, also known as maquiladoras, and tourism, and the good news is that it has developed significantly during the past few years. In recent years, it has seen and continuously undergone an explosion of culture and art.

Colonial Center and Other Places

If you are travelling to Merida, then it is suggested that you spend some more time here; you will never regret it. The Colonial Center is one of Merida’s main attractions.The central plaza, or plaza Grande, comes under the cathedral de San Idelfonso; it is its size that is huge when you arrive at the main square. It may not be that striking at first. The municipal palace is on the other side of the square, while the government palace is on the outside but is very appealing and has some great paintings and murals that can show you the rich Mayan history of the Yucatan. The paintings and murals show the original Aztec culture of northern and central Mexico. Other places to visit in Mexico are the Paseo de Montejo, museums, and Merida, where you can learn Spanish. There are also parks, zoos, and gardens that you can visit, including the spas in Merida. 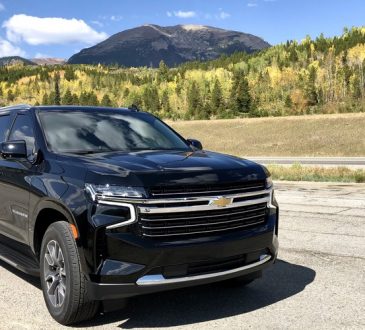 Robert D'costaJanuary 19, 2023January 19, 2023
Upon arrival to Denver International Airport, would you like to have the most memorable and comfortable transfer to your desired...
Travel

Robert D'costaJanuary 5, 2023January 5, 2023
If you're going to Guangzhou, China, you'll want to visit the Canton TV Tower, which is one of the city's most iconic skyscrapers. Other attractions in the area include the Chen Temple, the Sacred Heart Cathedral, and the Light-Up Rainbow Tower. So, check the flights to Guangzhou by Cathay Pacific and start arranging your perfect vacation. Guangdong Museum The Guangdong Museum is one of the most popular attractions in the city. It is a comprehensive museum that is dedicated to the cultural history of Guangdong. There are over 166,000 items...
Travel

Mistakes to avoid for planning a trip to Scotland

Robert D'costaApril 17, 2022April 17, 2022
Hey guys, if you are planning for Scottish Vacations in the country of Scotland, then this is the article you're looking for. Scotland is a place where there are beautiful locations in destinations that will be worth the money spent. There are highlands, cities, towns and much more, which is nothing less than a trip to some expensive foreign country. There is no need for you to hire an agency that will charge money for work that you can do on your own. It is very important for you to trust an...

Choosing a Hotel with Afternoon Tea

Robert D'costaMarch 5, 2022March 5, 2022
Afternoon tea at your hotel during your vacation can make all the difference in how you enjoy your time away...

The Groove of Success: Strategies for Landing Your Dream Job